Home » Food for Thought » I was wrong 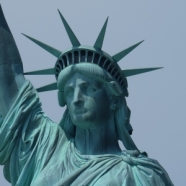 Posted by Weeks on February 5, 2017 in Food for Thought, Life Maintenance, Uncategorized | 13 Comments

I was wrong and I will never make this mistake again.

I grew up in the Civil Rights Era. I saw America change for the better. I watched my Virginia grade school classroom become desegregated. I saw women enter the work force. I saw Title IX. Our laws changed. I became the first girl to take shop class in 8th grade and was on the first ever girls’ ice hockey team at my high school. People of different skin colors rose to prominent positions in our country and that was celebrated. We joke in our town that you can’t match up the kids and the parents at our public pool because some families have two moms or two dads or kids of different races. The transgender second grader in our old neighborhood asked everyone a few years ago to use the pronoun “she” instead of “he” when referring to her and everyone in the school and neighborhood supported her. Progress, I told myself.

Progress was a one-way street in my mind. Once we had certain rights in our country  we could check that off our societal to-do list I thought. Of course I knew about the ugly, bigoted comments aimed at President Obama, about racial profiling, the achievement gap and that there were occasional hate crimes of race and creed throughout the country. But I genuinely thought those voices of hate and bigotry were the minority and that things were improving each year.

I took it for granted that our country was on the right path. Other than the occasional call to legislators, I thought that I just needed to vote, attend an occasional Black Lives Matter rally and support others. “There are plenty of people keeping an eye on democracy,” I told myself.

I was wrong. So very wrong. Sometime when I was building our business or raising our daughter or dealing with the challenges of my own life, I got complacent. I confused the multicultural liberal bubble I live in with the rest of the country. I became a lazy citizen who assumed that things like objective truths, the Constitution, regulations for clean air and for banking could never be taken away with less than an ounce of ink. Who could be opposed to the Endangered Species list, public park lands, safeguards for clean water and the free press? Those things aren’t controversial, surely? I didn’t have the imagination to realize that there would  be people in our government whose primary goal would be to dismantle it.

So I’m recommitting myself to activism, to resisting the Fascist forces in power and dedicating a part of every week to fighting for those things I took for granted — like life, liberty and the pursuit of happiness. We need your help too.