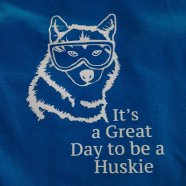 Posted by Weeks on December 12, 2015 in Love, Random Thought of the Day, Uncategorized | 4 Comments

Our daughter Sophie has always been a science and math kid. I knew this was going to be a big part of her life when she asked me the following question while walking over the Millenium Bridge in London at age 5: “If the supports for the bridge have to be built with concrete, and concrete is mixed with water, and the supports have to go in the water, how does the concrete harden enough to support the bridge?” I explained that walls to keep the water out were built around the construction areas and the water was pumped out of those areas before they built the forms that would shape the concrete. The area would remain dry until the concrete had cured, which typically takes a month. Then they would remove the walls and allow the water to flow normally. A bridge engineer friend later gave me the thumbs up on this explanation.

Sophie continued to love and do well in science in elementary and middle schools so it wasn’t a surprise that she joined the Science Olympiad team when she started at our very large high school. Science Olympiad is a science team that meets after school to prepare for competitions that resemble swim meets, is the way she explained it. There are groups of events at various high schools in our area and the competition lasts all day. One event might involve building a bridge to see how much weight it can support with the builder of the strongest bridge being considered the winner. There are other events that involve tests of identifying invasive species and performing experiments to produce a desired reaction.

Athletes get all of the glory at high schools. There are pep rallies for them and cheerleaders and lots of school spirit showered upon them. There’s no cheering section for Science Olympiad kids. No one decorates their locker or hangs up big banners for them at school. But I love the way that they have started their own traditions to celebrate their meets and to generate excitement even if it’s only among the participants.

The coach of the club is a science teacher who has encouraged the kids to dress up the day before competitions as is the tradition for athletes at her school. So everyone wore their best clothes yesterday along with science goggles all day to represent the team. Bill and Sophie worked together to develop a logo and make a t-shirt (shown in the picture). I got some of Sophie’s favorite foods to include in her lunch and we all got up at 6:15 on this Saturday morning to have a big breakfast together before Bill dropped her off to catch the school bus to the meet. We talked about which events she would be participating in and which she was the most nervous about.

In addition to learning more about science, Sophie is learning a lesson that will last with her a lifetime: we don’t need everyone to support us and our pursuits. We just need the people we care about to cheer us on and celebrate our achievements.

← If everyone knew one Memo: Regarding my birthday →