Home » Food for Thought » Not Too Flexible 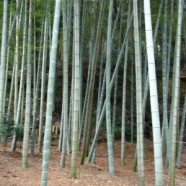 Posted by Weeks on February 6, 2015 in Food for Thought | Leave a comment

I used to work for this guy named Steve. All of us who worked for Steve nicknamed him “the sofa” because whoever “sat” on him last left the biggest impression. Meaning that he would make his decisions based on pressure, not because he had a vision of our company or had some well-considered agenda. He caved. Constantly to whiny people or loud people. He had no backbone. As a result no one respected him. He claimed he was flexible.

A few years later I worked for a guy named Patrick. I was trying to get Patrick to commit to a floor plan for new offices. He kept saying he wanted the offices to be flexible because he wanted to be open to change. After months of trying to figure out what he wanted I realized that what he wanted was to not commit because in his mind, committing to something made one inflexible.

I thought about these two former bosses recently when I was receiving physical therapy for a back injury last spring. I complained to the therapist that I used to be more flexible and that I had become less flexible after the injury. “You want to return to that flexibility but that’s the flexibility that undermined the stability of your back and caused the injury.” This was mind-blowing. I never realized that you could be too flexible and that flexibility could undermine stability. And then I remembered Steve and Patrick and how both of them claimed to be flexible but really that was just an excuse for not having a vision or being afraid to commit to one.

Bamboo is perhaps a good model. Praised in the construction industry in Asia, you’ll see scaffolding 10 stories high in Hong Kong because bamboo is strong yet flexible. It can be blown at an angle by a storm but be resilient enough to spring back when the winds have slowed. Flexible enough not to break but a strong at the core. Seems like the right balance for fitness as well as life.

← Thank You for the Allée! Because You Never Know →